This week’s progress led me further afield. It was time to go out for a walk on my own as all the walking I had done so far outside had been with  a friend or with my husband. He was a comforting, strong and safe presence. It felt strange that I had to summon up courage for a routine five minute trip to the local shop as if it were a major expedition. But I managed it and achieving that walk solo felt like a big deal and a real step forward. 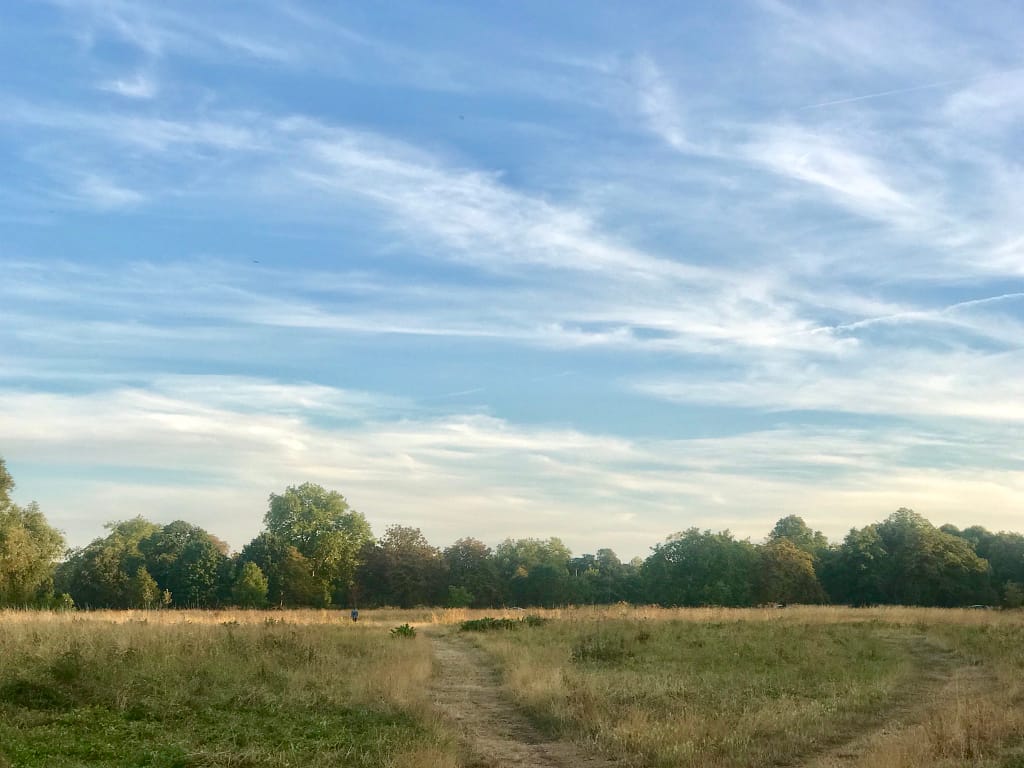 And on one of our regular evening saunters, I walked on rougher ground on paths on the nearby common.

Very sadly ,I had to go to a funeral of an old friend and I walked the ten minutes to the church on the High Street.I used my crutches as they acted as an alert that I was recovering from an operation and might need some help. I caught a bus the two stops back  home, which was my first time on public transport. I asked the driver if he could wait until I had sat down before he drove off as because I had just had an operation.

At the end of the week, I went back to the hospital for my outpatient check up and saw the registrar. There was good news and bad news. The good was that:-

-I was walking confidently and independently without crutches

-the wound from the operation had healed up well

-I hadn’t had any infections.

-best of all, I was allowed to stop wearing my DVT socks.

The bad was that-:

-my range of movement, i.e. how much I could bend my leg, (flexion) and straighten it (extension)  wasn’t as good as it should have been at that stage

-my calf muscle needed building up.

I realised how much work there was to do in rehabilitation and that these first five weeks were only the start of a long process. I was strangely deflated, as despite all my judicious exercising, it felt as if I had failed a test. No matter how much I tried, I just couldn’t bend my leg backwards such as under the chair. It just felt stuck. 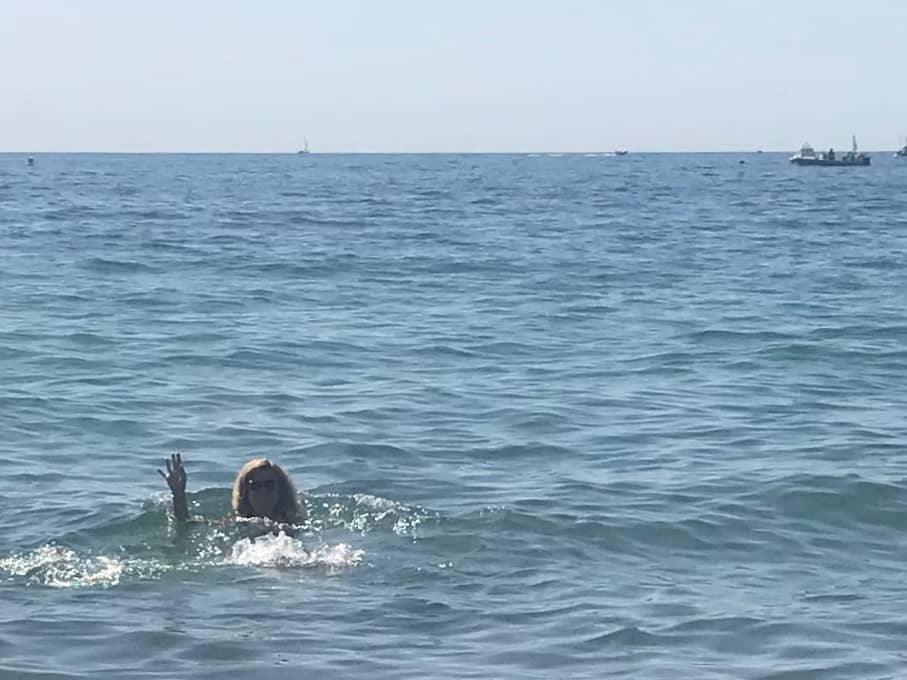 That weekend, without the DVT socks, we went to Dorset for the weekend. I walked along a lane to Hardy’s Cottage and Garden, up and down hills in Lyme Regis, and along the sand at Burton Bradstock.  Unbeknown to me at the time, my brother was at the other end of the same beach. Old family habits die hard. I had been determined to make the most of the hottest summer since 1976 and swim in the sea. I felt alive; elated, excited and joyous.